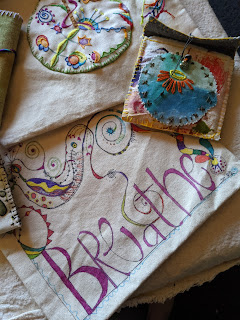 I have used an Einstein approach most of my creative life without knowing there was a technical phrase for it.
Looking around for a specific definition of combinatory play yielded confusing results. James Galligher hit it right with this blog entry:

Many of the best ideas are a combination of a variety of different other ideas. A large portion of innovation is created by combining personal perspectives, ideas we have been thinking about for a while, concepts from other disciplines, and more. These ideas — both consciously and subconsciously — combine in our mind to create something new and interesting. This is why reading a book will not give you a lot of new ideas — you need to gain more comprehension over a topic to derive deeper insights.
Albert Einstein, a theoretical physicist responsible for developing the theory of relativity, understood the power of combinatory creativity, or “combinatory play.” The term was initially coined by Einstein in a letter to the French mathematician Jacques Hadamard. Hadamard had asked Einstein how he generated new ideas to learn more about how mathematicians thoughts about creativity. In response, Einstein sent a letter which explained his thinking involved more than communicating information. He believed that ideas could be generated by combining many existing ideas and “relevant logical concepts.”

WHAT IS COMBINATORY PLAY?

Combinatory play is a mental process where, in order to generate new ideas, you combine existing ideas in your mind. We have all had moments where we think of a great new idea when we least expected it, which can be attributed in part to how our brain combines ideas.
“Creativity is just connecting things. When you ask creative people how they did something, they feel a little guilty because they didn’t really do it, they just saw something. It seemed obvious to them after a while.”
Combinatory play exists because of a series of ideas around how the brain works. The brain is made up of neurons — a type of cell that receives and sends signals across neutral pathways. When we come up with an idea, a new pathway between different neurons will be developed. Some of these ideas are innate — such as knowing how to control one’s body — whereas others are developed through learning. When we acquire new knowledge, our brain starts to make new mental connections. And the more we practice, the stronger those connections get.
However, this means that when you are stuck in a rut, you can develop pathways that inhibit creativity. Combinatory play works because you can reduce the impact of these pathways by creating new connections and neutral pathways. This allows your brain to think about things from a different perspective. When you feel as if you are only coming up with the same ideas, that can be because you are only thinking about those ideas and in so doing you are strengthening your neural pathways. But by combining different ideas, you can overcome this roadblock and access the ability to generate better ideas.
In addition, the brain likes order. This is because the more order we have, the easier it is for the brain to adjust to new ideas. Our brain can make assumptions about the world so that, when we experience something new, our brain does not have to rush to make many new connections. Indeed, our brain learns lessons from our past experiences to help shape how we will respond to new situations. However, this means that our capacity to generate new ideas can be limited. Thus, if you want to generate new ideas, you should try to relax your mind and connect new pieces of knowledge. That way, your brain will not get used to using these assumptions to drive your decision-making.

HOW CAN WE USE COMBINATORY PLAY TO GENERATE NEW IDEAS?

Combinatory play is a great mental technique you can use to generate ideas. Now you know what it is and how it works, you can now start to think about how you can use combinatory play to be more creative. There are a couple of different ways in which you can use this technique in your daily life.
1. Practice a Mundane Activity
Einstein famously played the violin when he was stuck on a difficult problem, and believed that music helped influence the way he thought about his work. And, according to his sister, Maja, sometimes after playing music he would get up with a new idea that he would take back to his work. Many other innovators have used a similar technique where they do something mundane — play or listen to music, go for a shower, go for a walk, et cetera — in an attempt to relax the mind.
Why did Einstein’s brain generate new ideas when he was playing music? Doing something mundane like playing music does not require a large amount of effort when you know a song — at least, it requires less effort than complex physics. The same applies to listening to music, going for a shower, et cetera.
This means that the brain has more energy to work on the problem you are facing in the background. Your mind is free to think about anything because the activity you are doing does not require intense and deep thought. Letting the mind wander is also part of some meditation techniques around creativity because it can naturally lead to new ideas being generated. When you are mediating, your mind is empty and the subconscious can think about whatever it wants.
2. Combine New Ideas
How do you learn investing? Sure, you could read a few books about beating the stock market. But that will give you a fairly narrow view of the subject matter. Why? Because investing is more complicated than just a few stocks which change prices. Investing is the study of how people behave with money. The stock market reveals the general sentiment of the world toward stocks, bonds, currencies, and more. Thus, investing incorporates psychological and economic principles. If you want to understand investing, you don’t just learn about money.
One of the best ways to use combinatory play is to combine new ideas across multiple disciplines. If you are learning about investing, take a moment to read about how humans respond to risk. If you are a web developer, try designing a webpage. If you are an essayist, try to write a short story. Combine ideas from different fields.
Many of the best ideas combine existing ideas from other disciplines. The best investors generate ideas based on a variety of different disciplines, not just finance or money. As you learn something new within your field, your brain will start to forge new neural pathways. Similarly, when you combine ideas from other fields to the subject you are thinking about, your brain will create new neural pathways.
3. Iterate Upon Others’ Ideas
Many great ideas are iterations upon existing good ideas. Indeed, most ideas are not truly original — someone, somewhere will have already had the idea. Thus, if you are looking to generate new ideas, it can be helpful to read about existing ideas and add your own twist. Computer processors have become more complex as people add new ideas to existing principles. And the same could be said for many things in the world.
When you have writer’s block, read an article written by someone else and take a few notes on what you liked and what you think could be improved. If you are stuck with a project, talk with your friends to see if they have any ideas. And if they do, make them better. Or if you are trying to build a company, think about existing ideas and what you could improve. For example, Superhuman is just an email client, but it has become so valuable because they significantly improved the interface one uses to sending emails.
If you are trying to generate new ideas, think about how you could use the combinatory play technique. Many great ideas are a combination of many existing ideas which come together to make something great. Practice some mundane activity (like listening to music) and let your mind wander. Learn about a variety of different disciplines related to your interests, and combine those ideas. And take some time to read about existing ideas, and think about how you can improve them.
- December 19, 2019 No comments: 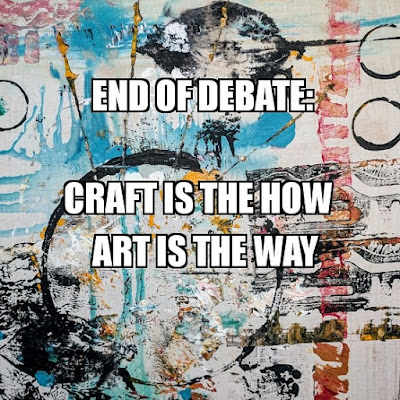 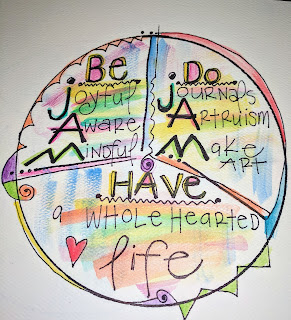